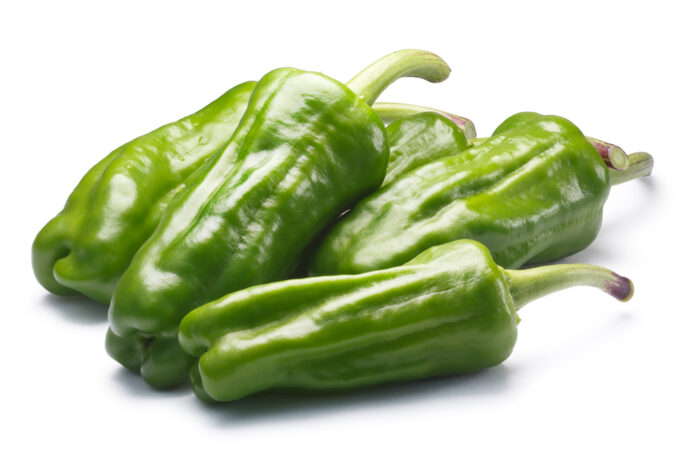 There are many pepper varieties in the world. No matter how strong or weak your tolerance for spicy food is, you will find a pepper kind that will suit your taste. Since there are so many out there, it is not surprising that some can look similar and may even be confusing to some people. One of the two varieties that usually get mixed up are the pepperoncini and banana pepper.

People tend to mix up these two kinds of pepper because of the similarities that they own. For one, they both have a light green, shiny, and really smooth appearance. Both can also be spotted pickled in grocery stores. In terms of spice level, both are considered mild spices and can contain up to 500 SHU. Although you can actually find some banana peppers that contain zero heat. Pepperoncini, on the other hand, will always have a hint of heat no matter how mild.

Are you among those who often get these two peppers confused with each other? If you are, then this is the perfect read for you. We will define what sets them apart when it comes to appearance, spiciness level, and of course flavor.

Differences Of Banana Peppers And Pepperoncini

While at first glance, you may think that the two peppers are very similar, there are obvious differences that you can see once you give it thought. Yes, both have a smooth, shiny skin. But if you look closely, the banana pepper is smoother and it has a pointier end compared to pepperoncini. Here are some more pointers for you so you can tell them apart:

The Different Measures In The SHU Scale

SHU or Scoville Heat Unit is the universal scale to which the spiciness level and pungency of peppers are measured. While the spiciest banana peppers and pepperoncini are both recorded to be at 500 SHU, their mildest ones will differ. The banana pepper can have as low as 0 SHU, while the mildest pepperoncini is at 100 SHU.

The Different Appearances Of Skin And Shape

One of the reasons these two are often confused with one another is because of their very similar color and size. Both peppers have that light green or yellowish green color. However, the very telling differences come to the shape and the skin.

Another striking difference between the two are their shapes. Banana peppers, as the name suggests, are longer just like bananas. It narrows towards the end which is pointy. On the other hand, the pepperoncini has a rounder bottom. When it comes to shape, the pepperoncini looks closer to bell peppers.

The Different Flavors That Each One Offers

As mentioned earlier, both peppers are often sold in grocery stores in a pickled variety. If you are going to taste them in that state, you may not notice a big difference. If your recipe calls for a pickled version, you can use any of the two peppers. Using either will still give you the taste you are looking for.  While both peppers have a sweet aroma, the pepperoncini has a bit of a bitter flavor.

Both have a tangy and semi-sweet flavor. If you are looking for something a bit spicier, you better go for the pepperoncini. Using banana peppers in this case will give you less spice.

Which Pepper To Use For What Dish

While there are a variety of dishes you can do with these peppers, both can be enjoyed eaten raw, fresh, and pickled. While banana peppers taste good as pickled too, pepperoncini are better. It’s thinner skin makes it more absorbent of the liquid. This makes pickled pepperoncini so much juicier when you bite into it.

That being said, banana peppers will do better in recipes that call for a sturdier skin. For example, stuffed recipes are better done with banana peppers since they hold better. This is because banana peppers have thicker skin. Both make excellent garnish for pizza, pasta, salads, and different kinds of sandwiches.

Banana peppers are also best used for recipes that only require mild heat. They are often used in omelets, spaghetti, and even in ice cream! Pepperoncini are a good addition to your favorite appetizers. And if you are wondering what pepper is in every box of Papa John’s, that’s a pepperoncini.

As pepperoncini are often enjoyed pickled, it is easy to find pickled ones in grocery stores. However it may be trickier to find somewhere that sells fresh ones. Banana peppers are more common to find fresh in grocery stores. If you are a fan of pepperoncini and find it hard to find fresh ones, you can always grow your own. They are easy to grow and you can even grow them in little containers and care for them indoors.

If you need fresh pepperoncini for your dish and can’t find fresh ones, you can substitute it with other peppers. Obviously, you can also use banana peppers instead. What other peppers can you use in place of pepperoncini? Try cherry peppers, trinidad perfume, or anaheim chili peppers. All these mild spices can add flavor to the recipe without too much spiciness.

Either way, both peppers are really good spices that will definitely add an extra factor to your dishes. With a little effort, think of how richer your food will taste. It will all boil down to how much spice you want in your food.

What is 157 Fahrenheit to Celsius

What is 157 Fahrenheit to Celsius