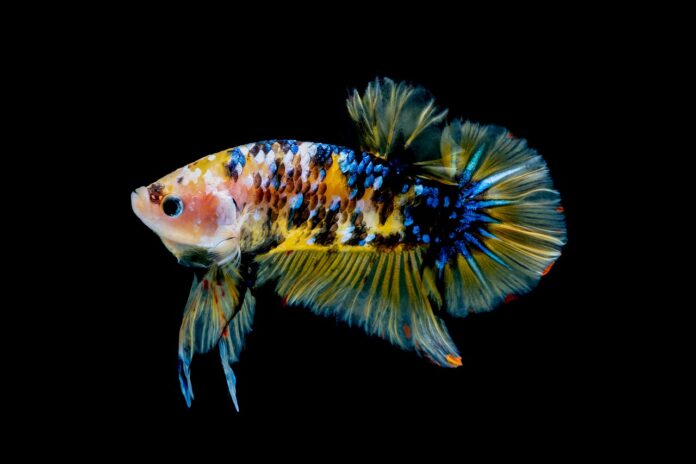 There is no doubt that betta fish is a popular choice for those who want to get into fish keeping. This is because the fish species is easy to care for, even for the newbies.

Right now, there are a number of options when it comes to the varieties of betta fish. They vary in terms of color, shape, and much more. It is for this reason that you can get yourself the best betta fish that suits your preferences.

Now that you may be interested in betta fish, the question that might come to mind includes how long do betta fish live?

I answer this question in the guide below and look at many other aspects of the betta fish. By the end of the guide, you should be able to care for your betta fish better to help it have a longer lifespan.

How Long Do Betta Fish Live in an Aquarium?

Anyone who was asking about how long do betta fish live would have one in an aquarium. It is worth noting that sometimes various factors determine how long the fish lives when placed in an aquarium or in the wild.

If you take good care of the betta fish in the tank, it should live up to three years. This means that you provide it with high-quality food, clean water, and so much more.

Keep in mind that its lifespan can be shorter depending on how old it was when you bought it. When buying a male betta fish, it is likely to be one year old. At this point, the fins and colors would have already developed. Females can be sold a lot sooner. Some are sold when they are 6 months old.

Another observation is that female betta fish is likely to live longer compared to males. Nevertheless, people love to keep the male betta fish because of their vibrant bright colors.

Since the fish you get would be 6months to one year old, expect that it would have a lifespan of two years or two and half years.

Sometimes betta fish can live up to four years. This is common in cases where the fish was really well-cared for over the years.

How Long Do Betta Fish Live while in the Wild?

Betta fish can also be found in the wild. You will mostly find them in shallow freshwaters such as streams, canals, ponds, and rice paddies. As such, you are likely to find them in Thailand and Cambodia since they are native to such areas.

Since they are out in the wild, betta fish would not have the same lifespan. It is expected it would be shorter than when it is kept in captivity.

There are multiple reasons why betta fish would live less while in the wild. A good example is that the water might become polluted, thus destroying its food sources and habitat. Also, the males are likely to get into fights a lot as they try to protect their territories.

Can You Increase Betta Fish Lifespan?

It all starts with the type of betta fish you get for yourself. It is important to buy a healthy betta fish in the first place.

You should always buy from reputable stores so that you are sure of their breeding methods. Also, there are some visual cues to check out just to make sure the betta fish you get will be healthy. Here are some of them;

Some would ask, how does a healthy betta fish look like? Here are some of the common appearance traits of a healthy fish.

Since the fish would mostly be sold in a pet shop, make sure to ask how old it is before buying. There is no point of buying a betta fish that is too old.

Use the right tank size

Sometimes the space you offer to your betta fish can be a major determinant if it will be a great space for it to live longer or not.

It is advisable that the betta fish tank should be at least 5 gallons. This should allow even for more betta fish in the same tank, and they would roam around freely. However, keep the males separate as they are likely to fight all the time. It is why even in the pet shop, they would be kept separate in small tanks.

If you intend to have a community of betta fish in one tank, make sure that the fish tank is large enough to accommodate more betta fish.

You have probably heard how male betta fish loves to fight a lot. As such, when you keep two in the same tank, you can expect that they are going to fight more often. Some can get injured and thus end up reducing their lifespan, depending on the extent of the injury.

Due to their fighting nature, the male betta fish have also been used as a source of entertainment, mostly in Thailand. You can equate their fighting to cockfighting.

As part of coming up with a great community, you should consider keeping them together with other compatible species. Such can include Rasboras, loaches, neon tertras, and more. Betta fish tend to coexist with these species without major fights breaking out all the time.

Filter and heat the water

You should be able to provide your betta fish with a clean environment too. This means that you need to include a filter in the aquarium.

When the betta fish ends up leaving its waste in the water, it can be broken down into ammonia. Ammonia is not good for your fish. As such a filter is necessary to remove ammonia and other waste types to leave you with a clean environment for your fish.

Other than the filter, you also need a heater to keep the water warm for your fish. It does not have to be hot water but warm enough to mimic its natural habitat.

Provide the fish with a good diet

This is another important method to keep in mind when you want to improve the lifespan of your betta fish. The diet will affect its overall growth rate, lifespan, and color. It is easy to see the essence of buying high-quality food for your betta fish.

Bettas love eating insects in the wild. Since it would be hard feeding betta fish on insects in an aquarium, seek alternatives in the market. Just make sure the food is rich in protein and fat. You can also get some frozen food mostly formulated to suit the needs of a betta fish.

As you have read from the guide above, betta fish is likely to have a lifespan of 2 years depending on how old they are when buying them. As such, always inquire about their age before placing your order.

Another thing to consider is providing the betta fish with the right space and food to ensure they can live longer. As always, keep the male betta fish separate to minimize fight outbreaks all the time.